Today was probably the worst cycling experience I have had to ever go through the night before myself, and Jane was in a few of our local pubs to try to drum up some publicity for our trip and get permission from the landlords to put Help For Heroes boxes in the pubs and get sponsorship forms up. Which went well, the thing is we had a few beers on the way round. I know we are in training, but we broke too easy, and we were regretting it the following day at 8am.

This morning we were meant to be leaving our flat at 8am to get our bikes serviced as it has been a month since we have had them, and the cables need adjusting and what not. We really struggled to get out of bed as the hangover was painful. I was staggering about the flat trying to keep the contents of my stomach in and trying to compose myself. We were also exhausted as I somehow did not get to bed 4 am.

We got the bikes out, and it was raining hard, and I was really wondering what the hell I was playing at, but we stuck with it and we pushed on to Worthing. I had to stop three times I think because I felt sick and yes that was me retching on the side of the A259 on Saturday thanks to those of you who honked your horn at me.

We were not exactly pushing ourselves to the fullest on the ride to the shop but the traffic was bad, and we had a few near misses with lorries and stupid drivers who were probably still more drunk than we were. It took us over an hour to cycle the 14 miles and when we got to the Bike Store, we were welcomed with smiles and piss taking as we were both soaked through and looked rough. They told us our bikes would be about two hours and suggested we got some breakfast.

We headed to Sports Direct as we were after some padded shorts, and Sports Direct looked like they would have some. Well, to cut a long story short, they didn’t, but I had soaking wet feet and when I saw all of these likeable warm looking waterproof trainers. I figured it was rude not to buy some… I must have been still drunk as I completely ruined a display, I apologise to all the staff at Sports Direct you have an awful job to get that lot sorted out, but I did get a nice pair of comfy trainers. 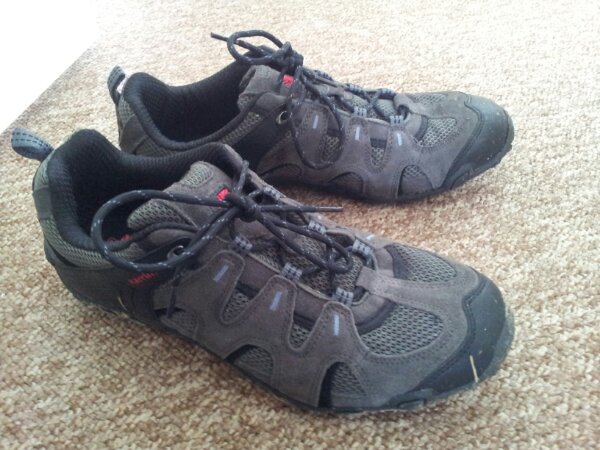 We then headed to Wetherspoons as we needed food, and I was starting to get dizzy.

We got to Spoons and I collapsed in a heap and slept until my food arrived and while only having eaten half of it the waitress kept asking if I was OK which obviously, I smile politely and went back to sleep. 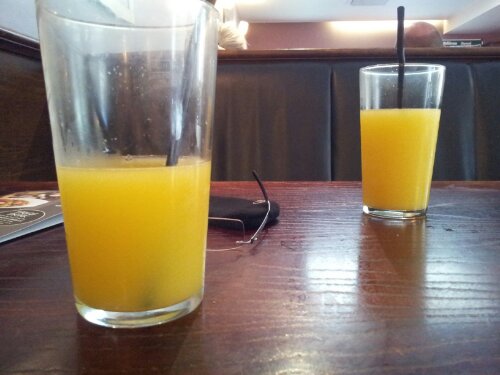 We soon headed back to the bike store. These guys are always so helpful, and we really do push their patients to the limits with lots of questions and trying to get discounts on everything. It has pretty much got to the stage now where we just get discounts without the need to ask. We tried on loads of padded shorts and found the best ones for us. They feel like wearing a big nappy (yes I have recently worn a nappy), and I was not if it was more comfy than just a saddle, but I am sure I will benefit from it after a few hundred miles. 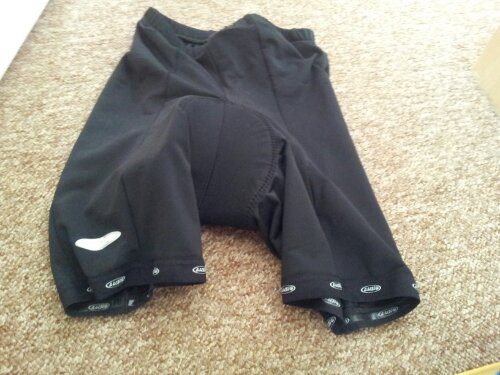 Both myself and Jane are suffering from pains in our elbows and so the guys at the Bike Store adjusted Jane’s bike a bit and hopefully that will help her, I am not sure whether it’s my bike set up, or if it’s just my arms, so I am going to carry on for a few more weeks and see if I improve.

We also bought some gloves as we read that they are essential on long rides, and so we bought the best ones available which were quite expensive, but I think it was money well spent.

The cycle home took us about an hour so, and it was tough and the rain was lashing down, and we were once again soaked. We did about 30 miles today, and it was horrible. Hopefully, this week we will be training a lot further and getting some additional miles on the clock.

We also booked the rest of our train tickets, so we are now definitely going.