It was a morning like any other. I woke up at 7.30, had my breakfast and got ready to cycle to University. It was an important day at Uni, it was the final date to submit all of my assignments and work – so it was important that i was not late.

I looked out the window and it was drizzling a little, but with only a few weeks to go until the trip I knew I had to brave any weather, so I packed up my paniers, put on my cagoule and headed out in to the drizzly morning to cycle the 4 miles to Uni. 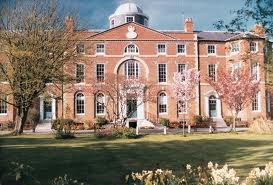 When I set off I noticed a few big puddles, but didn’t make anything of it. I continued along Elmer Road and this is where I saw the first of the flooding, it wasn’t deep, maybe ankle high, but I decided that I didn’t want to get any wetter than i had to so i went up on the pavement to pass the large puddle.

My journey continued as normal out of Middleton and in to Felpham. When I pasted the Southdowns Pub there was alot of traffic – not unusual, but it didn’t seem to be moving at all. I obvously cycled past everyone queuing and came across a Police block. The road in to Felpham Town Centre was closed and the sign put up by the police said ‘accident ahead’. I continued to cycle, ignoring the police sign, as I figured I could cycle around any accident.

I wasn’t expecting what I saw next, as I cycled round the corner I was faced with a completly flooded road, with floating cars and vans in it! Another cyclist pulled up beside me and after a quick chat we decided to try and cycle through it. We took a pavement each on either side of the road figuring that the pavement will give us an extra 3-4inches ground clearance.

I got 100 yards in to the flood, my converse were filled with water, my leggings soaked up to my calves and it was getting increasing hard to pedal through the water. I had to get off my bike and push. This was not pleasant, getting off the bike meant wading through the water up to my thighs, but I managed to get to the other side, and I biked the remaining mile to University. 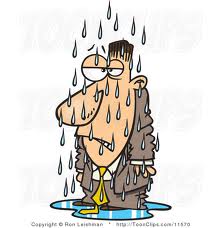 University was squelchy as I didn’t bring a change of shoes – but who knew I was going to have to wade through water? I handed in all of my work, then the lecture was cancelled due to hardly anyone being able to make it in, and then i had my tutorial before heading home. I was only at Uni for 2hours, of which it rained the whole time and I wanted to head back as soon as I could incase the water started rising.

I knew what was ahead so i was not surprised when I hit the flooded road again. I didn’t even try to bike through it, so I got off and started pushing straight away. I noticed a couple of people taking photos, but I took no notice – if i had my camera, I would be taking photos too!

It wasn’t until they asked me to pose in the water and took down my name that I realised they were taking photos for the press. I asked which paper they were from and they said The Observer. I instantly thought the Bognor Observer and was quite pleased that I might make the local paper.

Once home, showered and dry, Dan and I spent the day in wellies assessing the flooding, chatting and drinking with locals down the pubs and making sure all of our elderly neighbours had eveything they needed.

Later that night I received a text message from a friend telling me that I was on the front of the Daily Mail the next day I was a bit shocked – but kind of excited at the same time.

When I woke up I headed straight out to the Post Office in my Wellies to pick up a couple of copies of the paper. When I got there, I was not only on the front of the Mail, but also 3 other national newspapers aswell. I spent my time in the shop looking through all the papers and found myself in 7 National newspapers! I bought 2 copies of each! 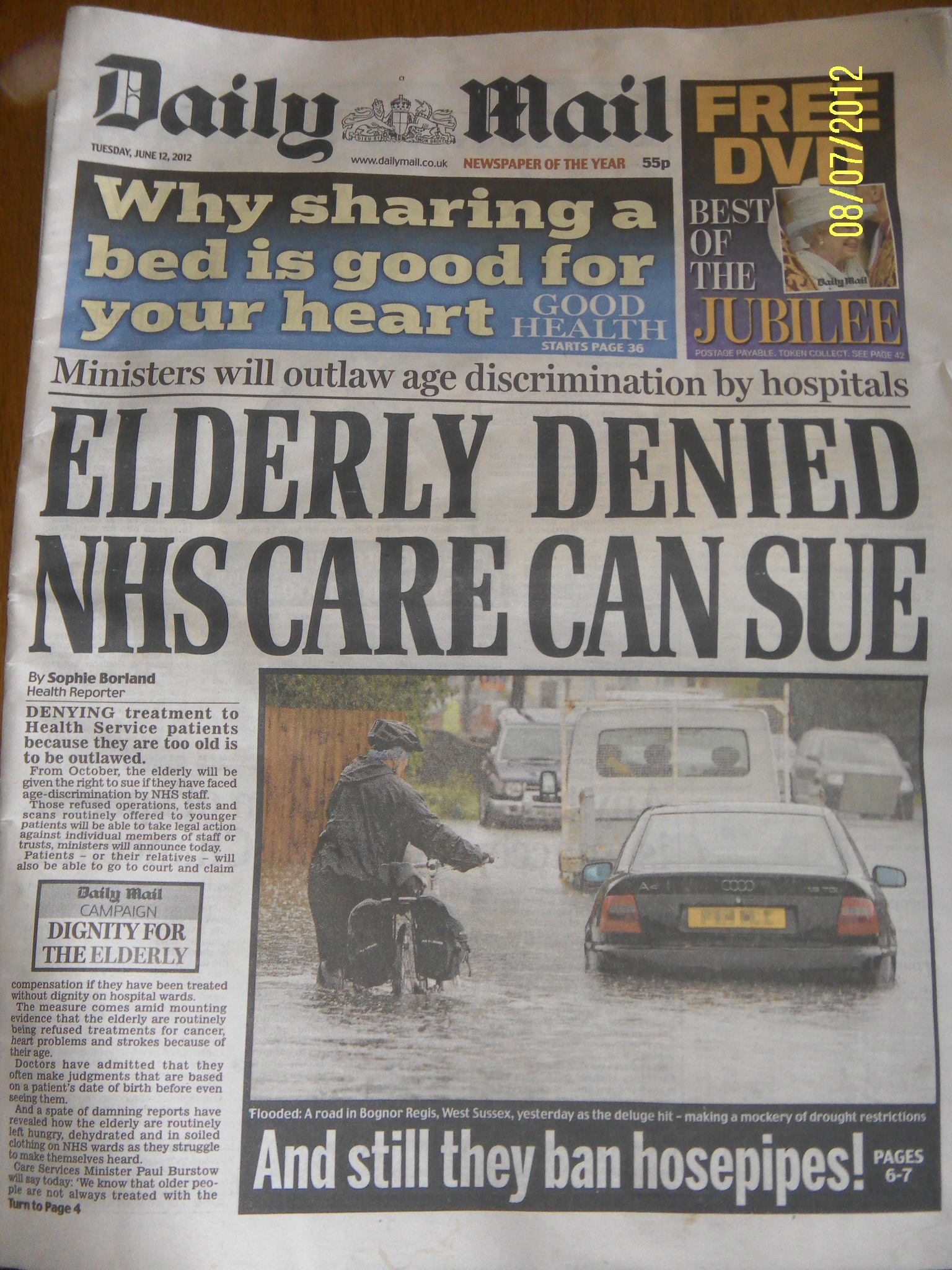 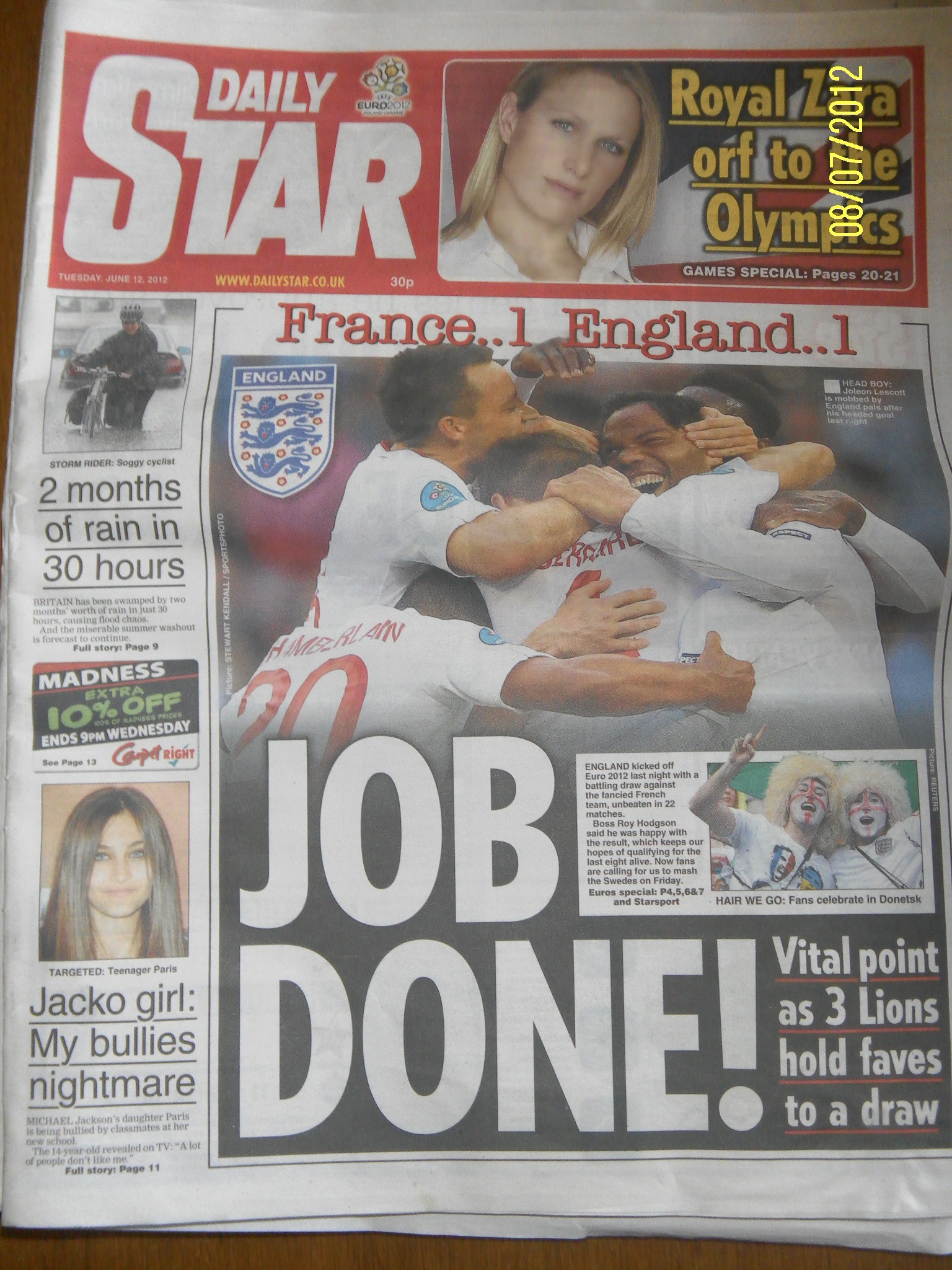 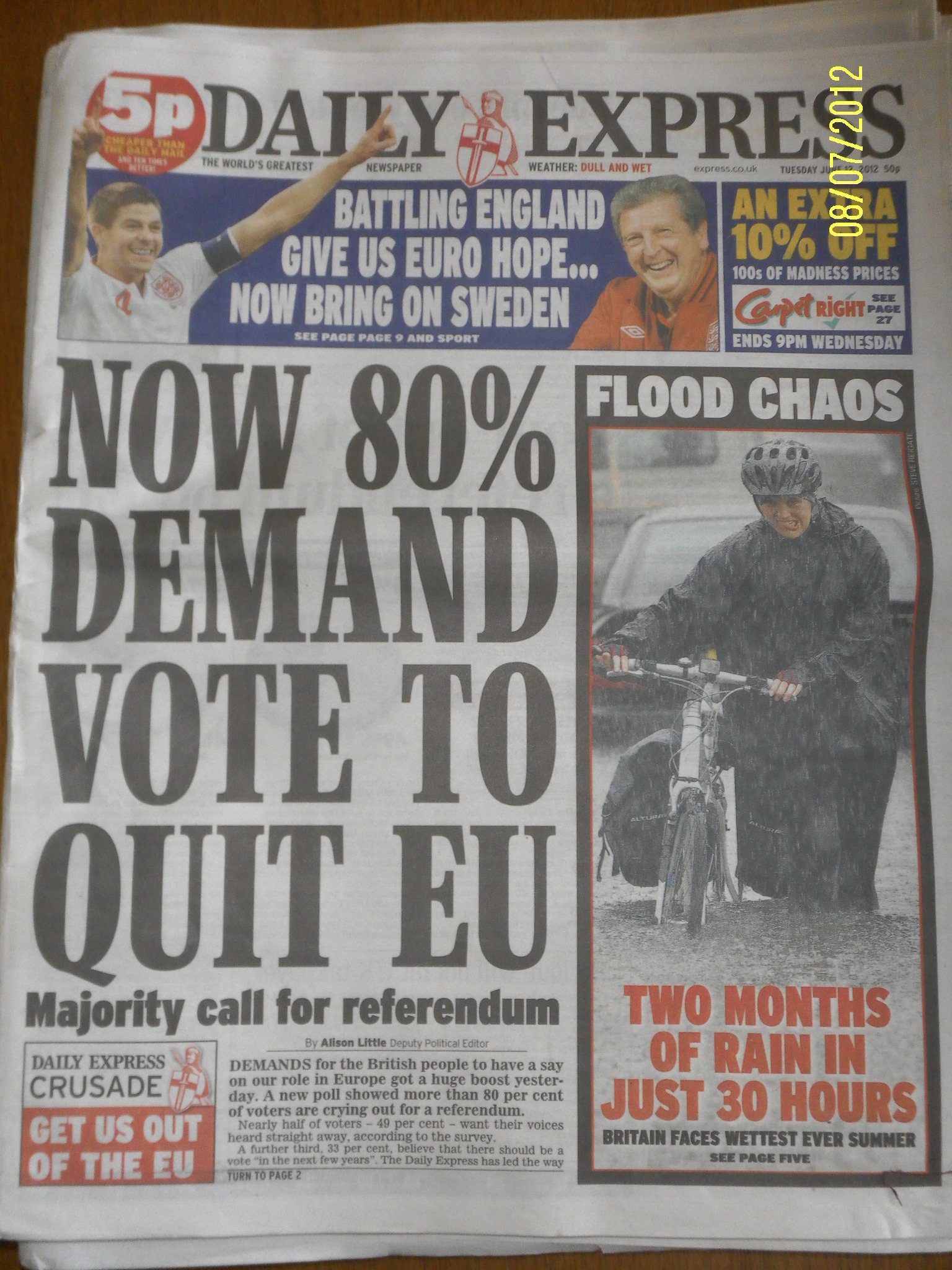 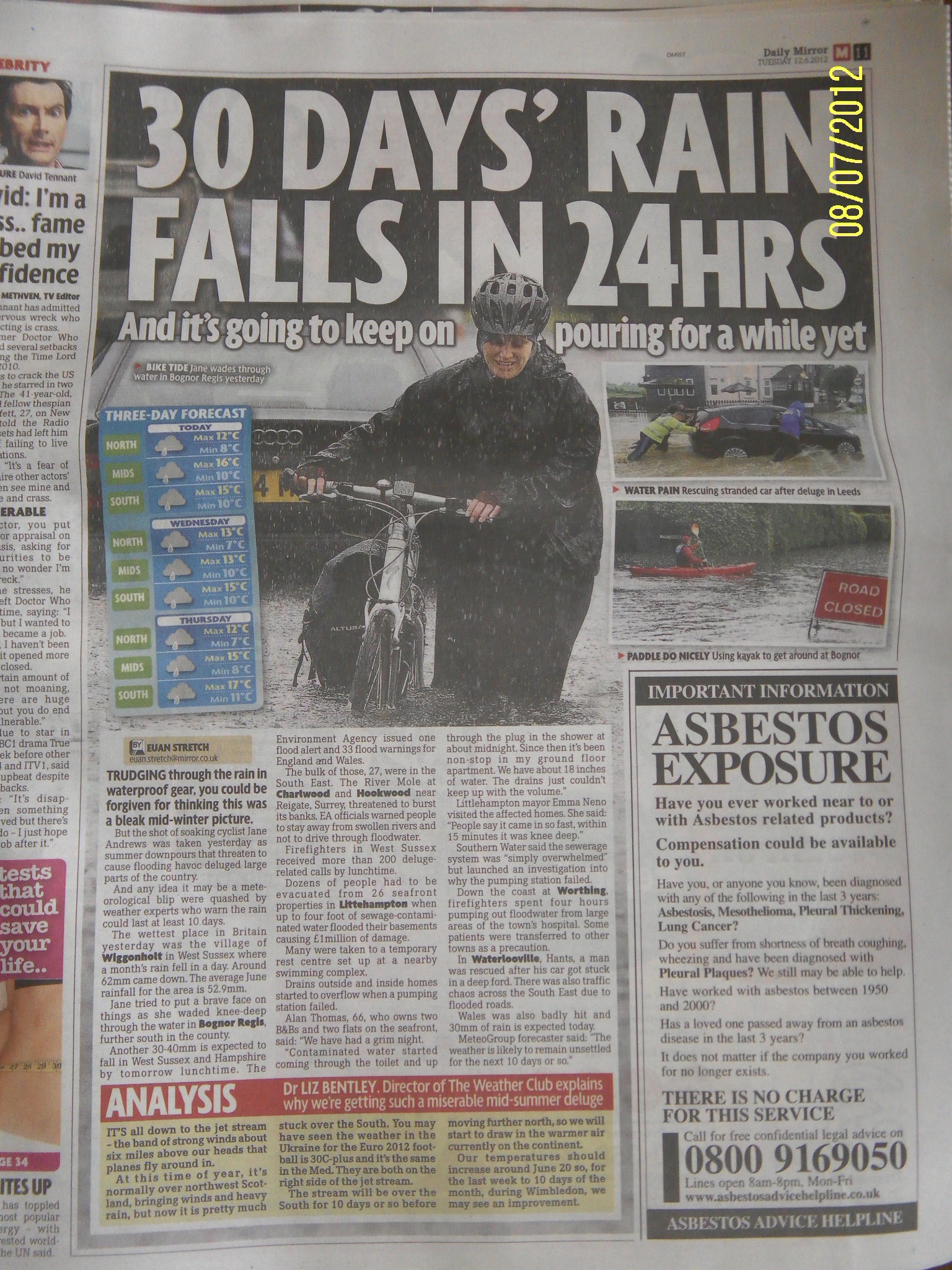 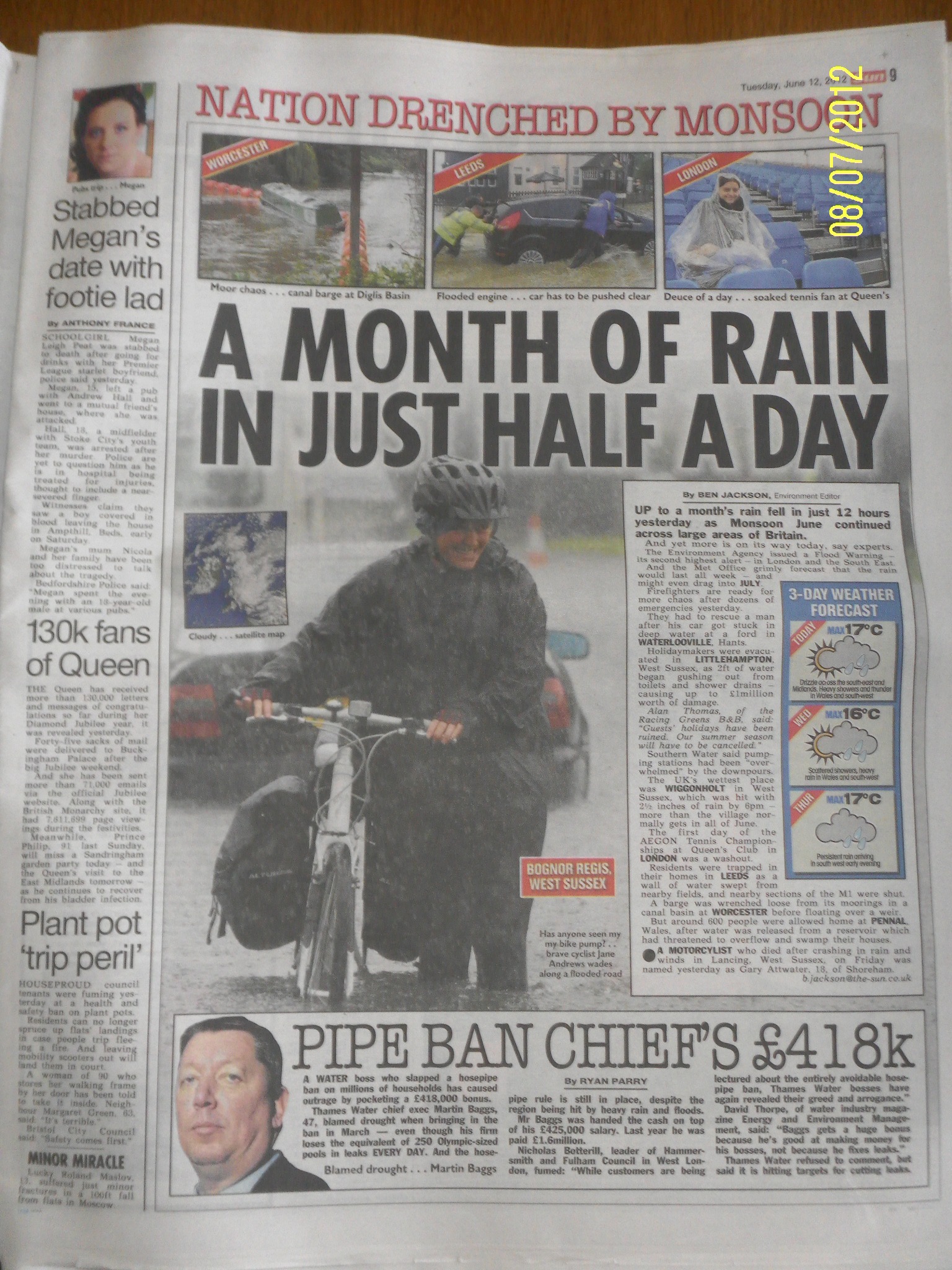 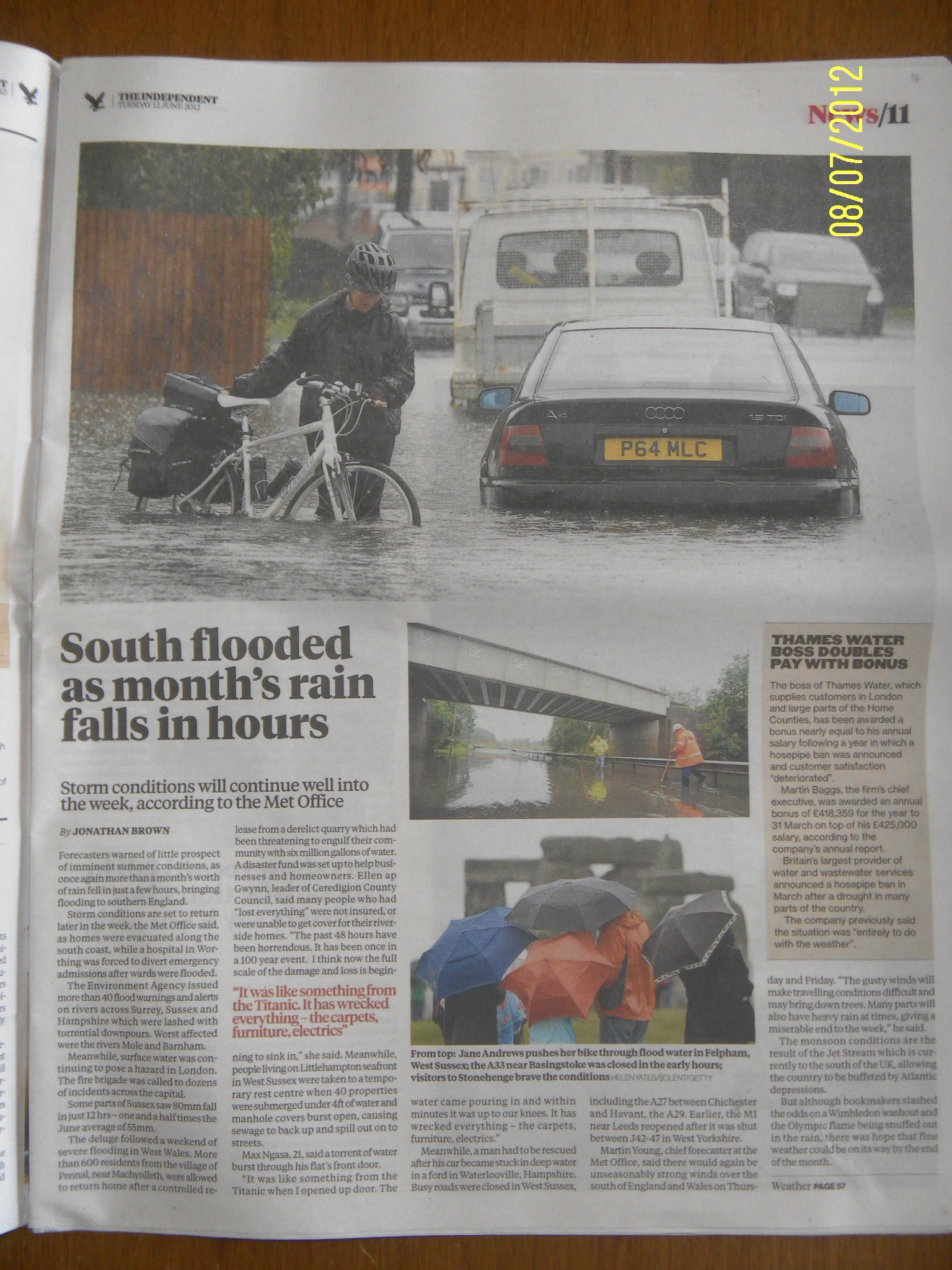 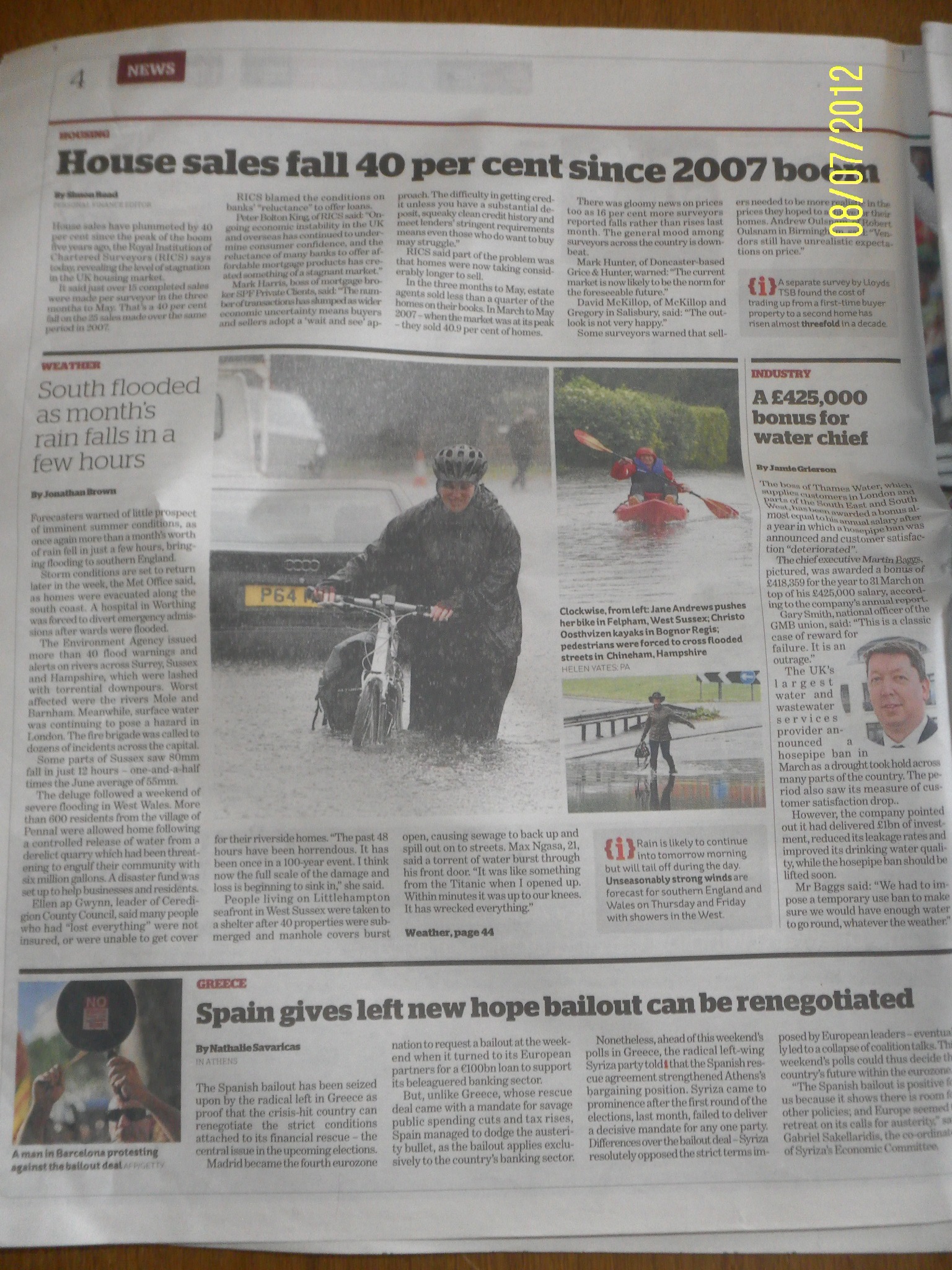