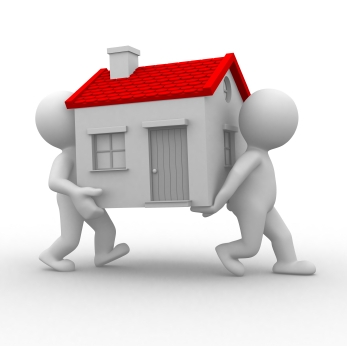 You may have noticed that we have not been blogging about the training that we have been doing and its not because we haven’t been doing any it’s just it’s been manic few months. We got told by our previous land lord that the flat we were living in was being damaged by our “heavy-duty duty gym equipment” and that he was not renewing the tenancy. So we had to go flat hunting with a garage in the village that we wanted to stay in.

The landlord was causing all sorts of problems and claims that we were not looking after the flat, so after a long battle we are in a new place, and we won all of our deposit back as the letting agent said that the flat was in a better condition than when we moved in. Funny that!

So along with moving out of a flat we had to move into the new one, and we had the help of friends on the moving day which was very helpful and also extremely tiring next we had the pleasure of getting everything set up and settled in. Subsequently, it’s the chaos that follows any house move, and that’s getting un-packed and sorting out where phone lines are and as well as getting the internet connected.

However, the training we did consist of running up and down flights of stairs and using the exercise bike along with the rowing machine and thankfully, our new land lord does not see it as a problem with us using the gym equipment in our flat.

The other thing is that Jane cycles to school every day, and I would meet her everyday, so there was very un eventful training sessions so didn’t want to waste your time with them.

So the training has still been going, and we have been plodding on, I have also done a few longboard sessions where I have covered 8.5 miles in each session, which is quite a good challenge in itself.

The question we are getting asked a lot is, are we ready for the trip? And to be honest I can only answer that after the trip, and I can honestly say its probably going to be a no Even after all of our traveling in the past you are very rarely 100% prepared for the adventure ahead of you as you cannot predict what happens but what I can say is that we are prepared for most situations and what with the support of Peter from BHP Media, we are confident that we can solve most problems and get to the finish line.

You would be surprised at how supportive some people are, but you would also be surprised at how unsupportive others can be, even this week, we have had people try to convince us not to do the trip and tell us that it’s a waste of time and money. This is what drives myself and Jane, when people say you cannot we prove them. We can and we both have never failed at anything, so we are ready for the challenge, and we hope that everybody reading this will be showing their support for us.

We leave in less than a weeks time and to say we are not getting nervous is an understatement but its a good nervous. We are really looking forward to seeing as much of the UK as possible and getting the best view of it. It’s going to not only be physically exhausting but also mentally its going to be hard. We need to know that people are behind us every step of the way.