On Thursday 14th June we had another Mystery Dine visit to do. This time it was in Brighton. This would be our longest round trip yet at 50Miles return, but we were up for the challenge. 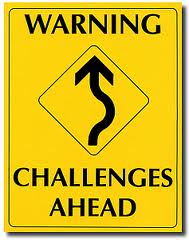 We set out at 11am with the aim to get to Brighton for 1pm, in time to have lunch and do a report on ASK in Brighton. Well, what can I say…the wind was soooooo strong that I had trouble keeping my bike upright and going in a straight line, and the head on wind made the bike ride so much tougher. We were a lot slower than usual and our average pace plummeted to only 10mph – this was disgraceful. We were 15miles in to our 25mile journey and I thought my legs were going to fall off. We had done no large hills, it was just the resistance of the wind which was paining us. We stopped for a break and had a sit down – I have to say, this made it worse. When we got back on the bikes for the final 10miles I felt defeated, but we ploughed on and made it in to Brighton at a steady pace of 7mph, and an hour later than planned. 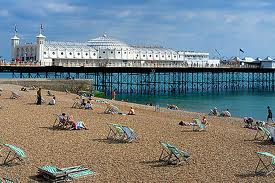 We chained up our bikes and went to eat. I was so hungry I could have eaten the plates as well. But we refrained and instead ordered starters, mains and desserts and filled ourselves with Italian goodness. We went way over our budget, but it was worth it. We sat and rested for a while, to let our food go down and to put off having to ride back home. But eventually we had to get back on the bikes and ride home. I was hoping that the wind would now be behind us and would basically push us along…and how right I was! We wizzed along on the way home. 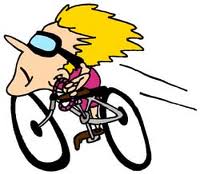 We were in Worthing within 30 minutes and stopped at the Bike Store for Dan to pick up some more padded shorts as his bum was hurting. We then continued on home and were back within the hour. So our return journey was a breeze at just 90minutes and cruising at around 16-17mph.

I can not believe how much difference the wind makes…